You’re 25 miles out of the truck stop; settling into the long haul, and then the regen warning light comes on – again! You know you just did a parked regeneration to clear the diesel particulate filter yesterday, and you’ve been driving this rig at speed today, so shouldn’t the filter be clean? Well, probably not. Here’s why:

• Unless you’re running a disposable filter system, which are a must in the mining industry and some off-road equipment, the DPF is probably still clogged, but not with soot. The diesel particulate filter works by trapping soot and other particulates in a network of cells before releasing the smaller gasses through the pores in the filter structure (usually cordierite or silicon carbide). The diesel particulate filter, like any filter, eventually gets clogged with this material. Unlike other filters, this filter can usually be easily cleared – either while you’re on the road, or parked, by simply heating the filter to the point where the soot burns off to become gasses that pass through the filter. The problem arises when other particles besides soot become trapped in the filter. While hydrocarbons burn, metals and other contaminates from oils in the exhaust don’t burn off at the temperatures used for regeneration, so you end up with a clogged filter – even though you’ve just done yet another regen.

• Why does this happen? The heat from the regen can cause the metal particles to simply fuse into solid masses (sintering), and like the metals, the non-soot particles aren’t going to burn off either. In some cases the filter itself is damaged by the heat being created by the regen. As regeneration happens at temperatures around 850 to 1100 degrees Fahrenheit, and damage happens to some filters at 1200 degrees, the range between clean and damaged can be fairly narrow.

•When the filter becomes clogged with metals and ash; from burning contaminates, it creates high backpressure and triggers a warning on the dash that gets progressively more severe until the truck computer finally throttles back the power – in some cases severely. Filters that become substantially clogged with ash go through what’s called compacting, which can cause filter and engine damage, if not corrected quickly. Overriding the regen causes this compaction. To avoid those consequences, regen every time, on time. Note that the filter will still eventually become clogged with particles other than soot. So what’s the solution? It’s time to have the filter professionally cleaned, as opposed to just clearing the soot.

• Sometimes known as de-ashing, the filter cleaning process begins with an inspection, and then moves through the steps of testing, pneumatic cleaning, thermal regeneration (about 12 hours) and a final air flow test. At the end of the cleaning the air flow test will tell whether it passes for continued use, or needs to be replaced. How often you regen, vs. letting your filter compact with particulates and ash, can greatly affect the usable life of your filter. Similarly, having your filter removed and cleaned regularly increases its lifetime, so this step should be an important part of your regular maintenance schedule.

• Finally, this is not a do-it-yourself job you want to tackle. Unless you have the proper equipment, and knowledge, it will just end up being a very expensive lesson in what not to do yourself. Dealerships and service centers nationwide offer diesel particulate filter cleaning services; take advantage of it on a regular basis to keep your filter and engine operating at its best. 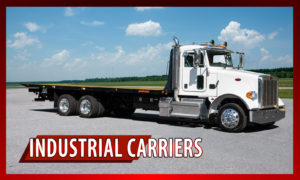