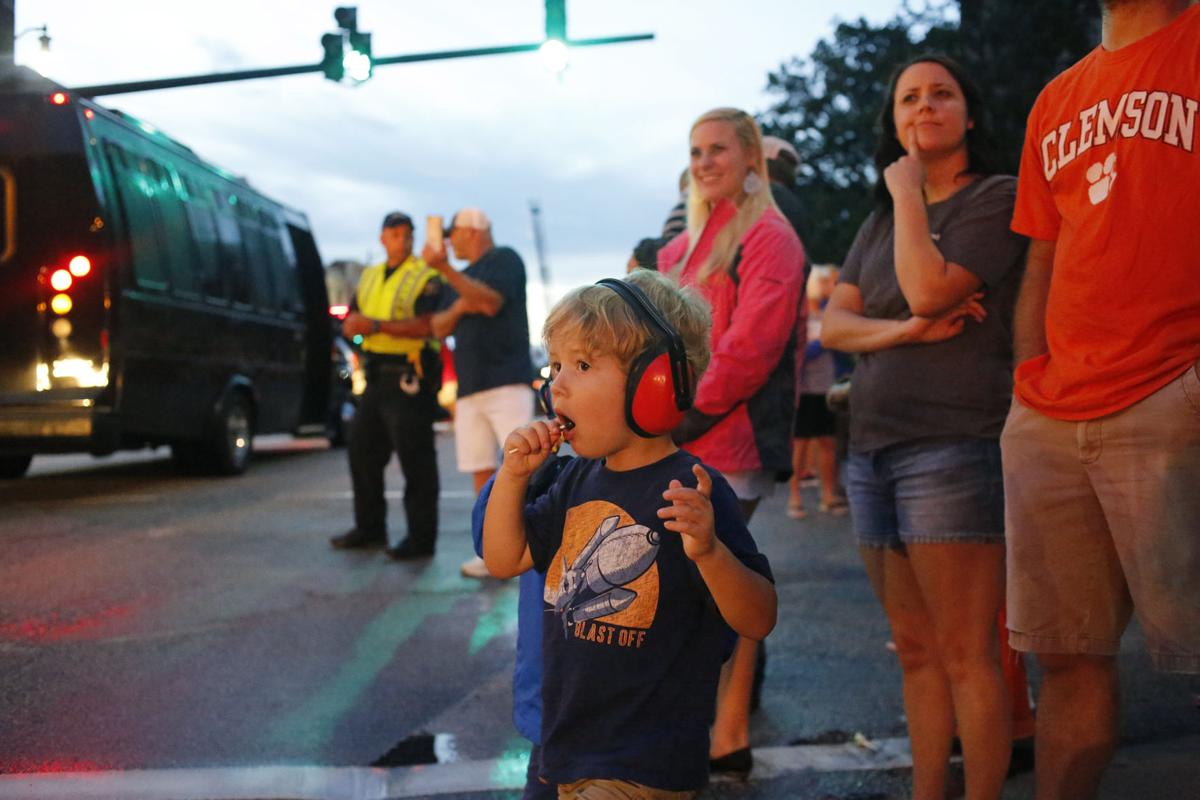 FLORENCE, S.C. – The 14th annual Darlington Car Hauler Parade and Festival will be held on Aug. 30 at the Florence Center, preceding the Bojangles’ Southern 500 on Sept. 2 at Darlington Raceway.

This year Raldex Hospitality has come on board as the sponsor of the free family-friendly event that kicks off with the festival at 4 p.m. and culminates at 7 p.m. with the NASCAR transports starting the slow trek to Darlington along a route populated by cheering fans.

“We are thrilled to be sponsoring this year’s parade and festival,” said Chad Patterson, vice president of Raldex Hospitality. “While our No. 1 mission is to exceed the expectations of guests at our hotel properties, we firmly believe it’s equally as important to elevate the Florence community and surrounding areas by supporting kid-friendly, community events like the Darlington Car Hauler Parade.”

The main attraction continues to be the NASCAR transporters, which fans can take pictures with before they roll out. This year, three famous former drivers are back:

>> Donnie Allison, who won 10 races in the Cup Series.

>> Bobby Allison, named one of NASCAR’s 50 greatest drivers and the 1983 Winston Cup champion.

“The Darlington Car Hauler Parade and Festival has become a local institution people look forward to each year,” said Holly Beaumier, executive director of the Florence Convention and Visitors Bu

reau. “The crowds really come out to see their favorite teams in person and to directly interact with NASCAR in a way they can’t anywhere else. And best of all, this kid-friendly, community event is free!”

Other festival activities include live entertainment and music, including the return of the group Sideswiped sponsored by the S.C. Federal Credit Union; local emcees Dan E. Lockemy and Jai Jai Spann; the KidsZone with inflatables and games; the GameTruck with a wide selection of games for Xbox360 and Wii that accommodates up to 16 players at one time; the eight-lane, die-cast race track from Wade Entertainment Inc., which features computer scoring, a 46-inch LED display and cars representing many of the sport’s most popular drivers; ScienceSouth with its engaging educational activities; food and drinks, plus shaved ice and other treats; airbrush tattoos; the kids’ activity and crafts table – including racing-inspired mini-pillows.