We are a mobile society, and always have been. Moving about seems to be tied to our curiosity as a species. Moreover, when you travel as much as some of our readers, you’re probably going to want to take as much of your information with you as possible. It’s not only convenient, it now seems absolutely necessary. Previous to the Supreme Court’s decision, this might have posed a problem – if you’re a privacy advocate. With technology making huge amounts of information available, both the world’s and yours, privacy has become a sticking point for numerous organizations. Warrantless searches of phones had been quite common. The contents could be downloaded by a device in an officer’s car in a matter of moments – including calls, stored information and texts to everyone you interacted with throughout the  life of the phone. Your fourth amendment right to privacy now just got a major clarification. Your phone’s contents are now protected from prying eyes far better than it used to be. With the Supreme Court’s ruling on Riley vs. California, several points about your continued privacy have been made quite clear. The court held that, “The police generally may not, without a warrant, search digital information on a cell phone seized from an individual who has been arrested.” The court further concluded that, “the fact that technology now allows an individual to carry such information in his hand does not make the information any less worthy of the protection for which the Founders fought.”

Authorities saw it as necessary because information could be gathered before it was able to be erased/destroyed. The Supreme Court sees it differently. “Digital data stored on a cell phone cannot itself be used as a weapon to harm an arresting officer or to effectuate the arrestee’s escape. Officers may examine the phone’s physical aspects to ensure that it will not be used as a weapon, but the data on the phone can endanger no one. Warrantless searches were permitted when it was to prevent harm to an arresting officer, and/or it was to secure evidence from destruction. The Supreme Court now says that neither applies with cell phone data, without exigent circumstances. It, however, does allow authorities to take reasonable steps to prevent erasure/destruction of that data, but not acquire it without a warrant. One concern of privacy advocates is the Supreme Court’s still unresolved issue of data not stored on the phone, but in the “cloud.” While easily accessed on the phone, the physical location of the data can be on any storage device in the world. Will there be another warrant needed to search data stored outside the phone? Time and the courts will tell. This article is only meant as a very brief overview on a particular part of the Supreme Court’s legal opinion.

To see the original opinion of the Supreme Court, please Use this link: http://www.supremecourt.gov/opinions/13pdf/13-132_8l9c.pdf 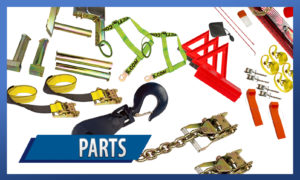