There are just a few of the hundreds of new laws going into effect on July 1st in the Commonwealth. But there are two super important ones that Virginia Auto Transport drivers need to know.

1. Failure to Move Over for Emergency Vehicles Is Reckless Driving 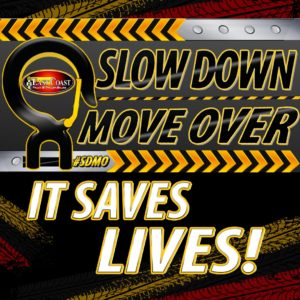 Virginia’s new Move Over Law will treat a violation or not moving over a lane when approaching police, fire, or EMS with flashing lights as reckless driving, like driving over 80 mph. Both come with up to a year in jail or a $2,500 fine.

When driving on the highway, it’s not unusual to see police or emergency vehicles on the shoulder. Sometimes emergency vehicles may be stopped on the highway, due to a motor vehicle accident, a tree or other debris in the road, or some other emergency. Many drivers do not realize that Virginia law requires a driver in these situations to move over into a more distant lane unless it would be unreasonable or unsafe to do so. If you cannot move over safely, then you are required to proceed with caution and at an appropriate speed. Recently the law was expanded to include almost any vehicle that has flashing lights on the shoulder.

The expansion of the “Move Over” law, which appears in the Virginia statutes at Virginia Code §46.2-921.1 [1], was designed to give more protection to operators of tow trucks, Virginia Department of Transportation (VDOT) vehicles, motorist assistance vehicles, and other road maintenance or emergency vehicles displaying a flashing amber light. Now, whether you see a red, blue, or amber flashing light, you are required to do the following:

(i) proceed with caution and, if reasonable, yield the right of way by making a lane change into a lane not adjacent to the stationary vehicle. (i.e., “Move Over”); or

(ii) if changing lanes would be unreasonable or unsafe, then to proceed with due caution and maintain a safe speed for highway conditions. [2]

The “Move Over” law applies only to highways that have at least four lanes and where there are at least two lanes for traffic proceeding as the approaching vehicle.

Every year there are emergency workers who are tragically killed or seriously injured while merely doing their jobs. Virginia’s “Move Over” law allows these workers who are protecting and serving our community to do their jobs with a little more safety and security. So remember — when you see those flashing lights ahead on the highway, please MOVE OVER, and if that’s not possible, use caution and SLOW DOWN if you can do so safely.

2. New Fine for Holding a Cell Phone in a Work Zone

A rigorous legislative effort to ban hand-held cell phone use in Virginia died in the General Assembly for 2019, but efforts will continue next year. Under current Virginia law, drivers are prohibited from using their phones

It is, however, now illegal to hold a cell phone while driving through a work zone in Virginia. Work zone crashes have increased in Virginia in the past year with tragic consequences: injuries rose 6%, and fatalities 20% and traffic crashes, in general, are on the rise. For emails or texting, however, it doesn’t address various other dangerous smartphone uses while driving like talking on the phone, social media use, and video streaming. Virginia remains the only state in the region not to have a hands-free driving law.

Keep these new driving laws, as well as your safety and the safety of others, in mind after July 1st. Safe driving habits are not only good for Virginia communities, but they also SAVE LIVES.